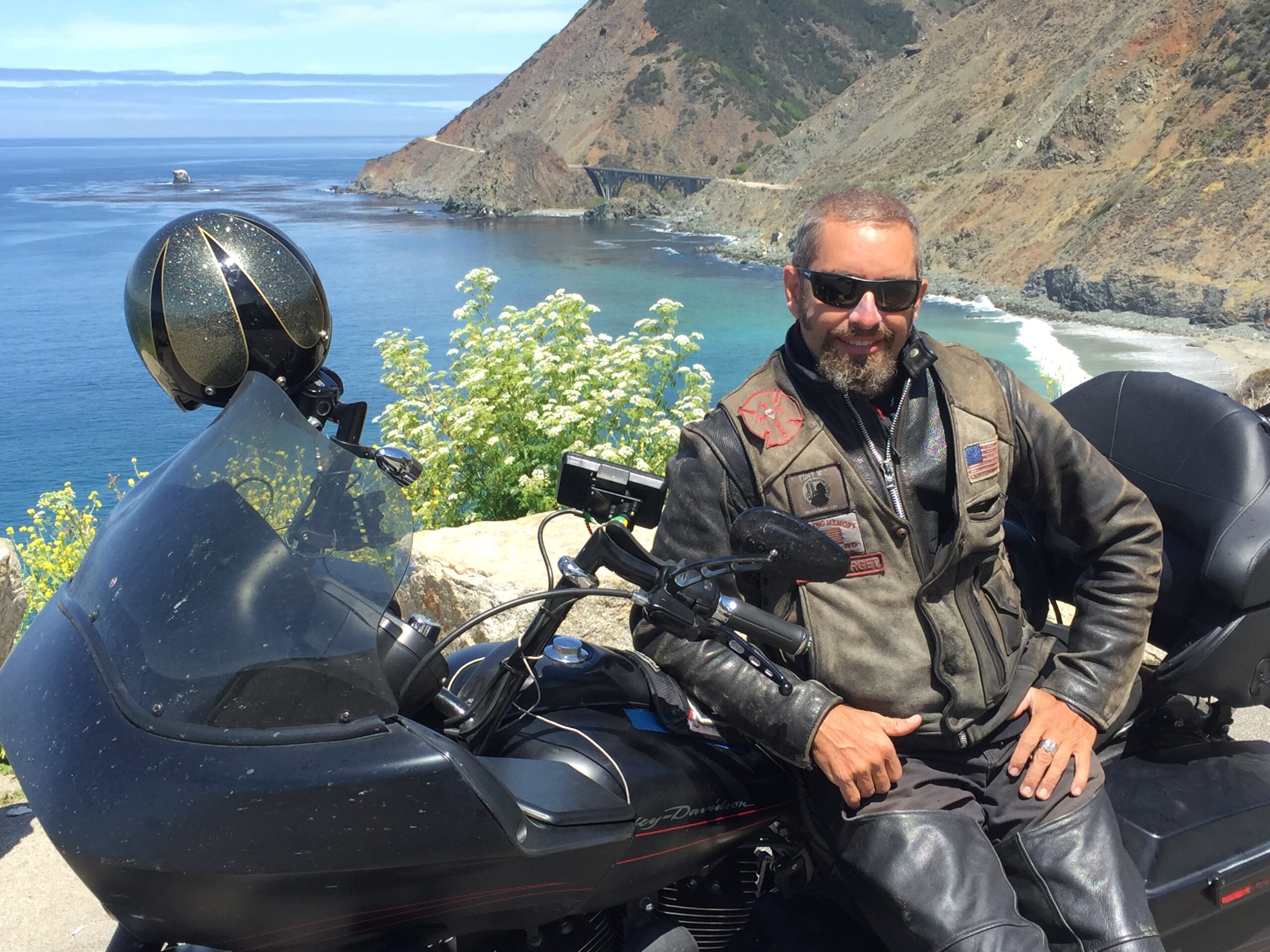 Life will sometimes serve us experiences, that will ultimately change us forever. It teaches us that we must stop moving at times, to slow down and live in that very, single moment. Moving forward, in return, we gain a peace, a comfort and sometimes even a new-found love!

Robert “Rob” Carlo and his brother, Michael Carlo, were the best of friends. With only a three-year difference in age, they did nearly everything together. Both men served as firefighters within the New York City Fire Department (FDNYC). Michael was the fun guy, while Robert was known to be the older, hard-ass. The younger brother would always express an interest in riding motorcycles, and often suggested they purchase one so that they could ride together. Robert would always shut the idea down, by emphasizing their need to work. Then something happened that would change Robert’s life forever.

On September 11th, 2001, at 34 years old, his younger brother, Michael, was killed in the World Trade Center attacks. Though devastated at his brother’s passing, Robert continued to work as a firefighter. A few months later, while sitting in the fire station, two of his buddies came and told him that Harley-Davidson was releasing a 9/11 inspired, Firefighter Special Edition motorcycle, honoring the victims of the tragic event . Robert purchased a Harley in honor of his late brother. The dealer even customized the motorcycle with his name.
Robert started riding with a group of firefighters. His first long trip would be to the 100th Harley Davidson Anniversary, in Milwaukee. In 2003, his father purchased a Harley Davidson too. Riding with his father brought them closer. They enjoyed riding, seeing the sights and taking trips together.

Robert retired from New York City’s Fire Department, and moved to Northern California. It was then that he became more involved in distance riding. At one point, he rode for 35 hours on a 2004 Texas Chopper with no sleep, in order to participate in a commemorative ride. He would eventually ride over 60,000 miles on his Chopper, which is why most of his friends considered him a little crazy. 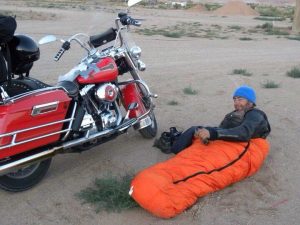 After moving to California, it was his personal goal to ride to every state, visit every National Monument, every National Park, and camp in every National Forest. He also wanted to visit each military cemetery as a tribute to the fallen soldiers. He thought it would be a good time to do a few Iron Butt certifications as well. He made a list of all the places he wanted to visit and thought it would be cool to include a few friends that also enjoyed riding long distance.
Robert created his own Facebook group, America’s Ultimate Long Distance Riders (AULDR). He thought the name was kind of catchy, and would be useful for any marketing tactics. He created a point system to use, that would allow points for each of the different entities on his list. The points would run from the beginning of the year and end on December 31st, starting all over again on Jan 1st of the next year.

The group and points would be based on an honor system, as no certifications or anything of that nature would be required. There would be no cash prizes or big payouts at the end of the year. It was to promote fun, riding, and meeting new people. Despite being called America’s Ultimate Long Distance Riders, by no means did he claim that the participates are the baddest of the bad. Again, it was a catchy name that he thought would attract those that shared a common interest of riding distance.

The members of the group considered riding to be more of a lifestyle, as opposed to a competition. The competitive side of the group was to keep it fun and interesting, as the more points you accumulated when riding, the higher position you obtain on the board. As an incentive, and to pay homage to the Iron Butt Association (IBA), he thought it would be nice to provide an extra credit for having rides certified. In addition to promoting the IBA, as of 2017, he incorporated Tour of Honor, as part of his point system as well. He also contacted the group Rever, which is an app that allows motorcycle riders to plan and track their trips, while connecting with other bikers. For the second year, Rever offered an end of year Total Mile Challenge, which coincides with the miles earned in the AULDR group. 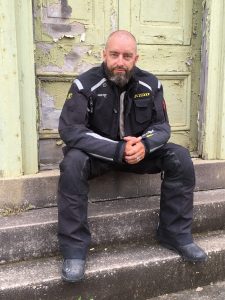 Since the initial purchase of his first Harley Davidson, honoring his late brother Michael, Robert has traveled over 310,000 miles via motorcycle. Just last year alone, he traveled over 50,000 miles. His love of riding distance is evident, and he continues to enjoy touring the country and the therapy that it provides. He encourages other riders, through the use of his AULDR point system, to take the time to stop, and learn something by visiting monuments that they may have otherwise passed. He states the group is aimed at those who put the most effort into their rides, not so much about who has the most time or money. When asked what the term “getting yonder” means to him, he expressed that, “it’s time to put some miles on the bike. You don’t have to have a plan, you just ride, take some back roads, and enjoy the company that you’re with!”

To contact Robert “Ro Bert” Cato or gain additional information concerning his group, request to join the AULDR group by searching for America’s Ultimate Long Distance Riders on Facebook or by visiting the website at www.auldr.com.

See this article and more in the March/April Issue of Get Yonder Magazine.

Ground Pounding Extremes: He Traveled to 48 States in 7 Days!!