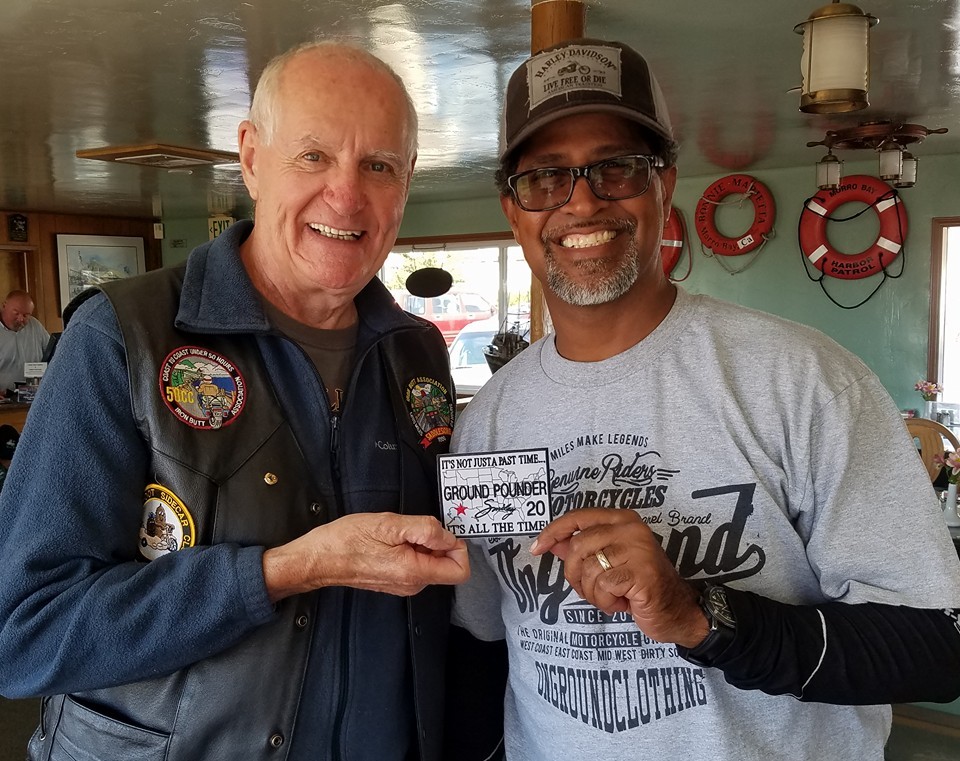 Unless you’ve been literally living under a rock for the past year or so, you’ve heard mention of the name Highway Smiley, especially when referring to those that ground pound the highways! Hugh Smith III, a member of Kings of Cali out of Los Angeles, California, has rightfully earned the title, as one of the elites, in what we consider, the Urban Motorcycle Community. With hundreds of thousands of miles under his belt, his love for riding is evident in not only his dedication to the motorcycle community but his commitment in motivating, inspiring and helping other bikers when needed. I had the pleasure of speaking to Highway Smiley about his experiences as one of the Ultimate Ground Pounders and what motivated him to start, what some consider a ground pounder’s must have….. the Highway Smiley Patch!

GY: How long have you been riding motorcycles?

HS: I started riding mini bikes at the age of 9 years old. I rode my first dirt bike at 17 years old and purchased my first Harley Davidson at the age of 30 in 1996. Twenty years later, I’m still riding a Harley.

GY: What motivates you to ride as much as you do?

HS: I already had a love for riding. I enjoy seeing the sites and meeting people along the way, but after meeting Night Train from Mystic Knights MC in 2008, he inspired me on another whole level. I went home and started marking states off my map, and said I would go ahead and finish them up.

GY: Tell me a little about where you’ve traveled via motorcycle?

HS: My first time riding the lower 48 states was in 2008-2009. I’ve traveled to the lower 48 states, five times. Twice, I’ve done this in one trip 2010 & 2015. The trip in 2015 was done in 9 days. I’ve rode in 4 different countries other than the United States….Mexico, Belize, Cuba and Canada. I rode around exploring Cuba for 17 days. I traveled to Alaska via Canada, and traveled to each of the Alaskan cities. That trip was a leisure trip and it was a total of 27 days. Another trip for leisure was my first 48 states in one. My wife and I traveled to each of the NFL stadiums.

GY: What inspired you to start the Highway Smiley Patch?

HS: I started the Black patch, which was initially 9 states- just to motivate people to ride more. People starting earning it easily, so Baldhead of Rarebreed MC suggested that I increase the state requirements. So I increased it to 24 states, all in one trip. Marcell “Cell” Tillman, suggested that I put my signature on it to make it more meaningful. What initiated the Platinum 48 State Patch was the fact that Juice (National President of Next Level) said, he didn’t want his Black Patch until he finished all 48 states. So that gave me the idea to do the Platinum patch. I just reversed the colors and made it white. After Reef and I did the 48 by 10 IBA challenge in 2015, I decided to add the red star to twist it up and make that patch 48 all in one trip.

GY: Who did you give the first Platinum Patches to? 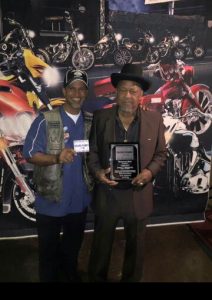 GY: Can you explain the differences between the three patches? 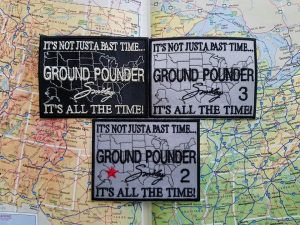 GY: How do you feel about the response you’ve received from the motorcycle community?

HS: I think it’s great. I wanted to try to motivate people to ride. I had no idea it would take off the way it did. When I started the 9 state patch, that’s now the 24 state patch, I was only thinking about people around here initially.

GY: How do they contact you concerning the earning your patch?

HS: They can reach me by phone or text. They can contact me on Facebook. I also have a Smiley’s Ground Pounder Patch page on Facebook.

Fun Facts About The Smiley Patch